Slow And Steady Wins The Race

Paul came to my gym on a Wednesday night back in January.
He was ready to get himself back on track.
He’s a successful business man, he’s had hell of a life and has been weight lifting most of his life (to a good level too).
With work and a load of travelling the last few years his training stopped and he won’t mind me saying his weight crept up.
That’s all we did on the first night was have a little chat and we weighed and took some measurements, Paul weighed 19 stone and 3 pounds. Paul is a tall guy but for his it was much too heavy and wanted to change.
Fast forward 3 and a half months from when we started training and some amazing changes have been made.
From day 1 Paul went about changing his diet. He brought in much more structure to his eating and in one swoop cut out all of the crap. No chocolate, ice cream, biscuits, booze the lot! Some clients do well with a little bit of this in their diet still whereas some people like Paul cut it all out.
This coupled with two weekly sessions (1 fitness type circuit session and one strength session) consistently since mid Jan has done the trick.
The weight loss was quite quick to start as is often the case and then it went down to a steady healthy weight loss. Week by week going down 1 pound, 2 pounds occasionally 3. 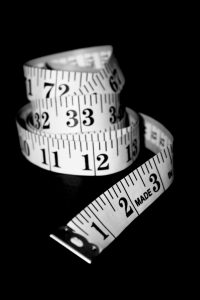 Steady, healthy and most importantly sustainable!
What’s the point of losing 1 stone in  2 weeks if you put it back on 2 weeks later?
What he’s done and many of my clients do is just learn how to eat healthy and exercise well without it taking over your life. No juice diets, no extreme fasting no bloody shakes! Just healthy food and fun exercise.
Paul weighed in this week at 16 stone 7 pounds bringing his weight loss so far up to 2 stone and 10 pounds. That already in itself is life changing.
He’s obviously a lot lighter which brings many benefits but he sleeps better, has more energy, looks better, it has increased his productivity and mindset and many more.
A true success story and the good thing is this is just the start, I’ll update you in another few months to let you know how he’s getting on.
If you want to see changes like this then the one-one packages although costly may well turn out to be the best investment you ever make. We spend so much money on material things and things we don’t need, invest in yourself and invest in a healthier future for both you and your families.
Have a good weekend,
Jamie
PS Here’s the link to see my personal training packages:
https://www.personaltrainerllanelli.co.uk/one-one-group-training/
Spread the love
Posted in Exercise, Fat Loss

Jamie Stedman is a young, ambitious, and highly qualified personal trainer & owner of Fitter Body Ladies Llanelli, specialising in small group training for ladies over 30 in the Llanelli area.

Results have been great over the last 8 years with his clients and Jamie is always on the look out to work with motivated, passionate individuals who are hoping to make a change to their lives.

Jamie specialises in changing over 30s lifestyles for the better through exercise, diet as well as coaching on sleeping better, supplementing and mindset management. He offers one to one training as well as group sessions at his private fitness studio.